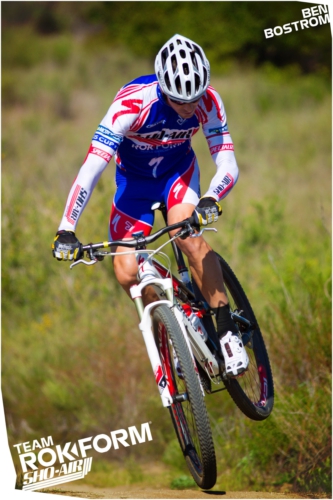 “We’re excited to bring a world-class Cycling Team like Sho-Air/Specialized together with Rokform,” said Jeff Whitten, Rokform’s VP. “Rokform is proud to associate itself with such a high level cycling team as Sho-Air/Specialized. The partnership is a perfect blend of innovation, performance and commitment.”

Rokform’s racing roots run deep as a former road racer, team owner and founder of Two Brothers Racing; Craig Erion who is also the President of Rokform is no stranger to racing at the championship level. “It’s great to give back to cycling; a sport that I enjoy on almost a daily basis, being able to partner with Team Sho-Air/Specialized will raise Rokform’s presence in the industry up a notch.”

“We are excited to have a partner like Rokform whose brand stretches across a broad base that team Sho-Air/Specialized and its athletes can build on,” said team manager Ty Kady. Surrounding ourselves with world class sponsors such as Rokform has been instrumental to our success now and will continue to be in the future.”

Launched in January 2011 Rokform has quickly established itself in the consumer electronics industry by manufacturing uniquely designed and engineered products for the iPhone and iPad. Rokform products include Billet Aluminum and Polycarbonate Cases, Screen Protectors, Lanyards and Stands. http://www.rokform.com