Sugarloaf and Sunday River both lay claim to earliest to blow snow in the Northeast, lighting up snowguns on Tote Road at Sugarloaf and the T2 Trail at Sunday River. This was possible because of temps dropping into the high teens overnight.

While this isn’t yet the start of building a base for the winter, this very early test sure begins the winter stoke buildup. 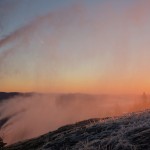 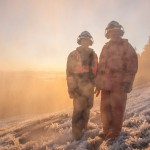 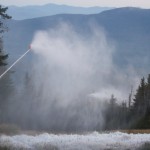 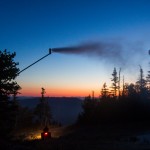 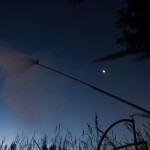 Blowing Snow at Night at Sugarloaf 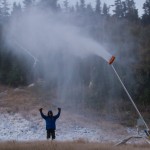 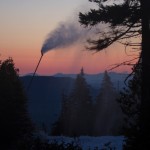 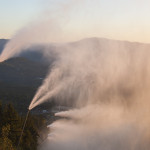 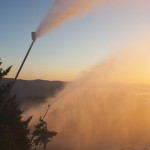 Sugarloaf’s snow surfaces director Dan Barker said: “Is there a benefit to running our system in mid-September? Maybe a little. But we hate the heat and we’re sick of summer. If it’s cold, we want to be making snow. If you’re a skier, you understand.”

For comparison, Sunday River didn’t run it’s snowmaking equipment until the 2nd week of October during the 2013/14 ski season.