Snowmaking system upgrades, excellent trail selection by management and snowmakers, and cooperation from Mother Nature have given the Olympic Mountain its earliest summit opening in the last seven years.

Here is a brief history of summit opening dates:

These trail openings as well as the opening of Draper’s Drop bring the Whiteface trail count to 25.

On this date in the past seven years, the trail count was:

For more information on Whiteface conditions, lift tickets and events, please log on to www.whiteface.com. 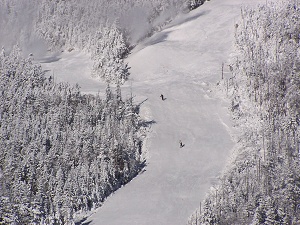