HIGHMOUNT, New York ??вЂќ Nearly 100 Tuesday’s Children participants took part in “A day on the Hill at Belleayre Mountain” on Friday, February 25 for the third straight year. Tuesday’s Children is a non-profit organization dedicated to providing continued support for families directly affected by the events of September 11th. In addition to recreational events, this non-profit organization addresses the need for long-term support by providing mentoring, advocacy, educational and career guidance and life management skills for years to come. 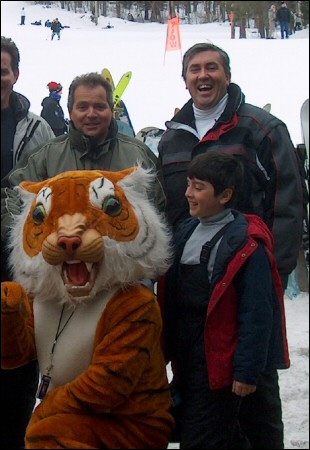 This annual Belleayre Mountain event is made possible through the generosity of Senator Michael Balboni of the 7th Senate District of Long Island and provides welcome respite for families of the victims of September 11th. Senator Balboni’s district was hard hit by the disaster and his dedication in assuring on-going support for these families is evidenced by his continued sponsorship.

After a fun-filled day of skiing and snowboarding, guests were entertained in the lodge by the Beast of Belleayre and Rogo the Clown. The more adventurous spent the afternoon exploring the cross-country trails on snowshoes followed by s’mores around a campfire.

Tuesday’s Children, in partnership with sponsors such as Senator Balboni, recognizes that the children of the victims are the greatest memorial we have.