ust got back from a great day at Jack Frost. Best conditions so far this year. Had a blast. Frost picked up about 8 inches last night which was on the high end of the forecast. Micro climates and all that I guess.

Left a little late but the roads were fine (only about an inch of snow fell in Bucks Co.) and got into the parking lot around 9:30. Booted up and went right for the east side, didn't hit any of the blues or terrain park today. Mountain was practically empty. I was able to ride on to most lifts, but that's not unusual at Frost on a weekday. First run of the day was poaching T-bolt. It was closed for snowmaking which meant I got a run down an almost untouched 8 inches of pow over snowmaking whales. Maybe half a dozen tracks on the trail total. Next up was Happyland which rode good throughout the day but got bumped up later. Moved over to River Shot and Floyds which rode great: pow which started to get tracked out but just turned into nice soft bumps. I love nice soft bumps. Tried Elevator glade which was icy underneath, couldn't hold an edge and slipped it, rather than ripped it.

Run of the day was Floyds. Not for the trail but because somebody attempted to drop Risk It. Basically, Elevator Glade and Risk It are ice close to the open trail where the snowmaking blow over has set up into cement, peppered with ice chunks from when they groom out the adjacent trails. The further side towards the woods only got the 8 inches of cover from last night. Not enough to start hucking cliffs. Anyway, this guy didn't give a fuck and decided to send it over Risk It into some ice chunks. Slid his way down and lost his ski. I was kinda jealous. I wish I was that gnarly.

Everything was tracked out, but still riding well by noon. Packed up around 1:30. All in all a great day. 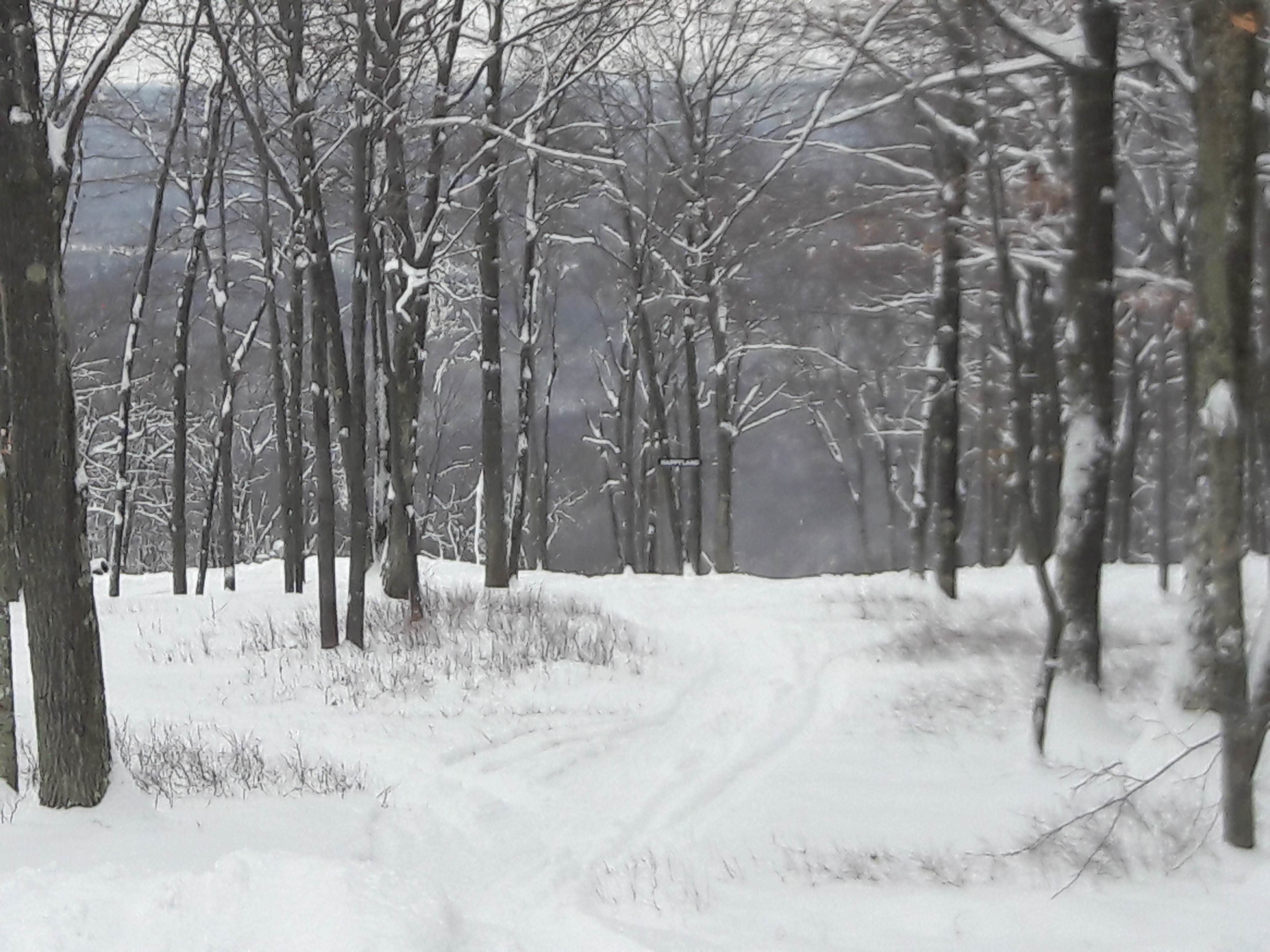 Blurry image of the top of Happyland.

Edit: Also for clarification, Risk It is a marked glade with a mandatory air cliff band adjacent to one of Frost's steeper trails. It's a 7-10 foot drop off and a steep landing. It's gnarly. It's marked but almost never advisable to hit it unless the mountain has had a couple solid snowfalls in a row, which is very rare.