First time beyond the Poconos this season and did not disappoint.

Fun drive up what with all the rain and snowmelt followed by the refreeze creating massive cascades of ice on the cliffs lining the road up the mountain. Arrived around 10:30 to light snow showers and headed for the Kaatskill Flyer. Summit was windy, but not too bad. Started out with some runs down Beltway which was a bit choppy, but with nice soft snow and fun banks built up under the cliff faces to carve over. Again, riding under big ice falls was pretty cool. Cliff, Hell Gate, Bleeker, and Racer's Edge were all riding well. Lots of loose machine made powder and a little natural snow on top of hard pack which was holding an edge pretty well. Took a few laps in the terrain park which was ok. I don't really do much in the way of big hits but they had two tabletops: one 15ish foot booter with a big kicker built up and long landing, and a smaller 15 footer without the kicker at the bottom. They looked fun but I opted to hold off as it was only my second day on the snow. I mainly messed around on a couple little boxes they had set up. The two flat boxes with the gap between was especially fun to dork around on. After that it was over to K27. Upper was pretty good with the same conditions elsewhere: loose powder over hardpack which held an edge just fine. Skiers right along the cliffs had the best snow. Lower K27 was closed so I went down lower Crossover instead. The top was a bit rutted out and had some awkward snowmaking rollers, but further down was alright. Finished the day with a few cruising more runs down Beltway then checked out Jimmie Heuga and Drop Off which were choppy but still pretty good.

All in all a great day. You wouldn't know it was almost 70 last weekend. Was hoping for another good day Sunday but it looks like rain, so looks like I'll be waiting another week or two and maybe tide myself over midweek in the Poconos if the weather cooperates.

Only had my cell phone camera so I only snapped two pics while I was at the summit. 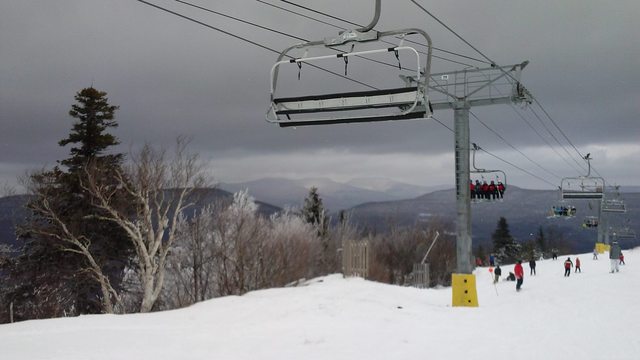 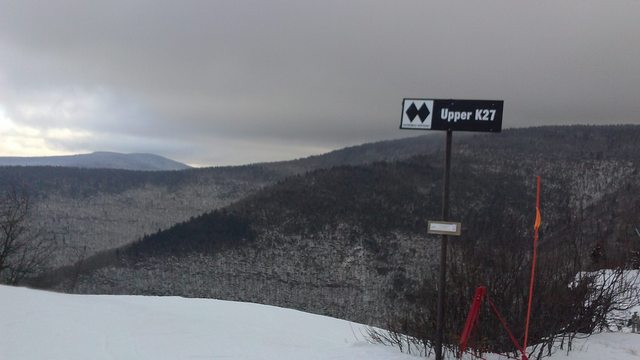