The day started in the single digits and not a cloud in the sky!

Mount Snow burned a bunch of diesel in the cats Christmas night, from what I saw, every open trail except for Fallen Timbers on the Northface had been wrapped in more corduroy than likely the entire state of VT opened up under the Christmas tree the day before!!

Lots of high speed laps on all 4 faces of the mountain this morning. Ego Alley, Rollercoaster (a touch slick in a few isolated spots down low), South Bowl to Drop, Cascade to River Run, Chute, Fallen Timbers ungroomed with stiff bumps, Plummet, Thanks Walt, Bear Trap, Mineshaft to Prospector to The Farm to The Junkyard, Milky Way, Long John back to the still minimal wait Bluebird late morning, Cascade to Canyon and then 1 more down Ridge before I met my kids for lunch and called it a morning after 14 runs

The clouds rolled in quickly about 12:30 with quick, heavy burst of sleet and freezing rain starting about 2:15.

By the time I left to head home to CT about 3:45, the roads were UGLY, as it was per my car thermometer 23 degrees and at that point drizzling.

I was on route 9 heading towards Brattleboro when the state police shut it down in both Wilmington and Brattleboro because of icy conditions and to try and get the salt trucks out there to do their thing. From where I got on to 9 Eastbound about 1/2 way between Wilmington and Brattleboro, those just over 9 miles took an hour inching along over what where I was was wet roads at the time as the salt trucks had passed through the area before me.

Lost track after about seeing over a dozen cars off the side of route 9 in both directions how many spin outs happened as the masses were descending on the mountain for vacation week!! One of the top few sketchiest drives I've ever had for sure to/from Mount Snow!!

The good thing, per my daughter who's staying with friends up there until my wife, son and I return later this week, is that it's just been a light, frozen mix since I left, so even if it does switch over to some rain overnight as forecasted, any damage will be minimal, and then if Thursday's storm pans out, my guess is pretty much everything but Ripcord could open!! Ripcord had the majority of its rocky headwall still on full display when I skied by it on River Run this morning!! Should be about time for them to start the multi-day snowmaking effort to bury that headwall and get it open soon!!

Considering that a year ago it was Cascade to Canyon, Long John to Deer Run and Gulch open, what a GREAT difference a year makes! 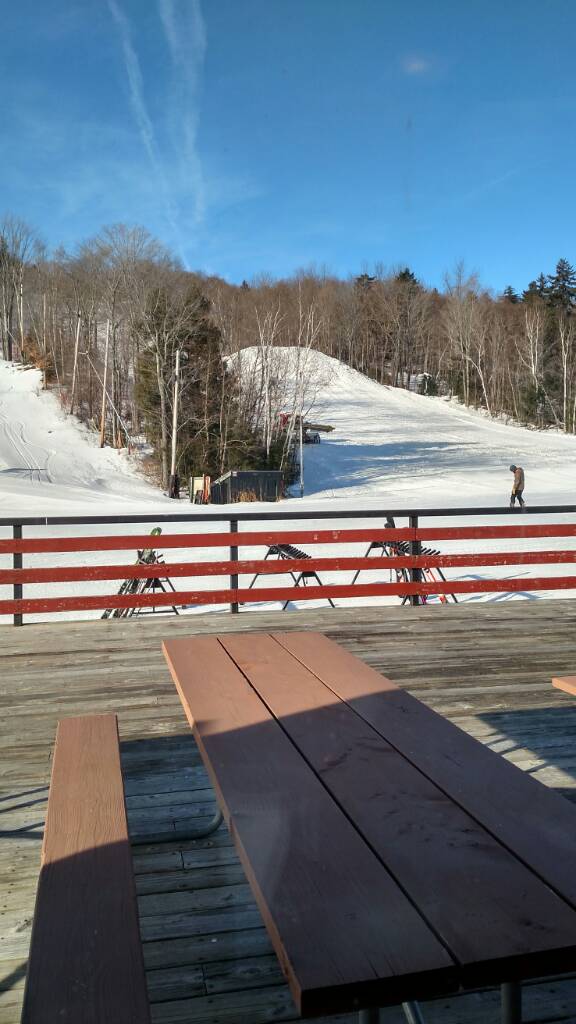 The Inferno build is underway

Inching along Route 9 heading towards Brattleboro on the way home