Note that all of the pictures here are of the friend that I talked into going late Wednesday evening. He has no touring gear so I let him borrow my snowshoes. From past experience I knew the slowshoes might be an issue up there, but as it turns out they weren't (I'll explain later).

We started the approach at 9:45. Sun was beating down.
Reached base of the main gully at 10:00. Sun was still beating down and looking at the view up the gully, you could tell it was getting baked.
Also looking up the gully I could tell it had slid at some point as the lumpy debris piles were evident on the lower 1/4 of the gully. Additionally you could see the crown at the bottom of the frozen waterfall. There was only 2-4 inches of fresh snow above the old weak layer (which I believe is the thin crust from the brief weekend thaw we had before the big storm. The 20+ inches of snow from that big storm were definitely not in the gully but coverage was still pretty good. We tried to skin/snowshoe up in the trees adjacent to the gully but the steep terrain and trees made maneuvering difficult and tiresome. We finally ditched the skin/shoe approach in favor of booting up the shallower/consolidated snow in the gully. You can see the crown below the icefall here. 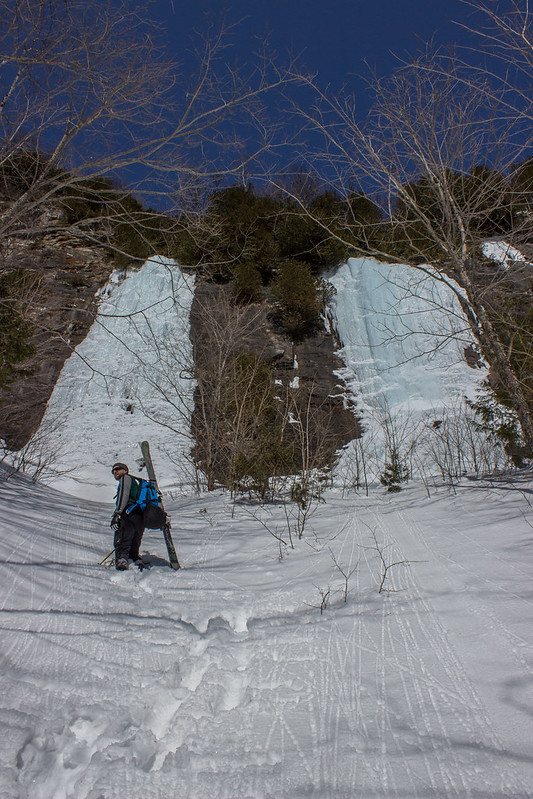 The sun had baked the snow pretty hard and it was decidedly not powder. However, it was great some spring style mashed potatoes turns. That couple of inches of fresher snow on top slid away easily so we had to do a bit of slough management on the way down. 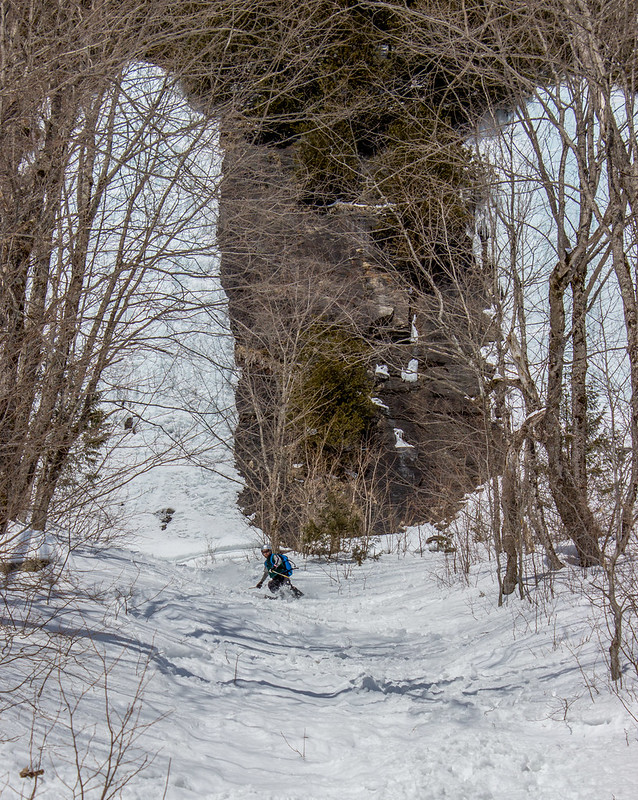 Since we had a boot ladder established we went back up and traversed across to another zone. Great turns were had here too. With similar peal away/sloughing mashed potatoes. 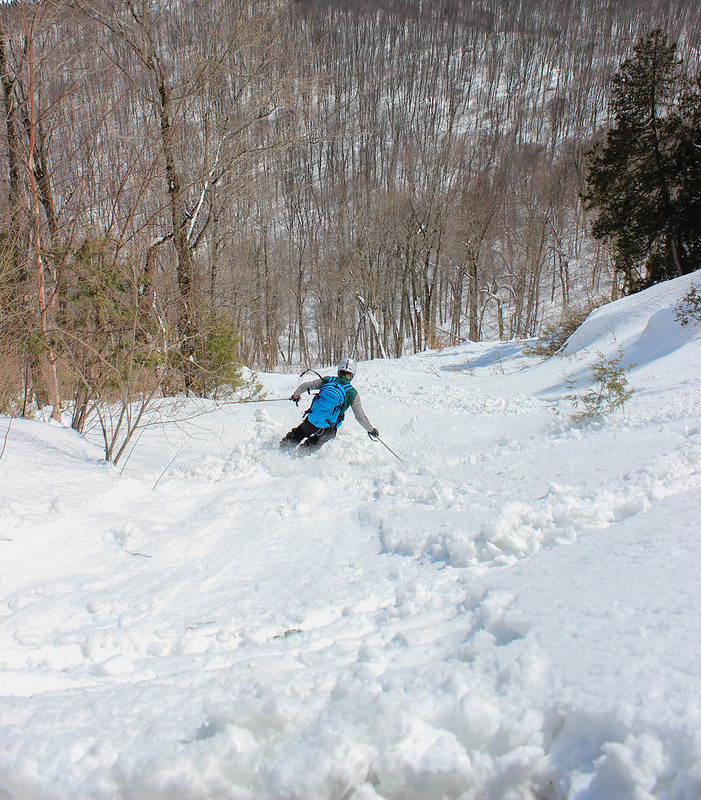 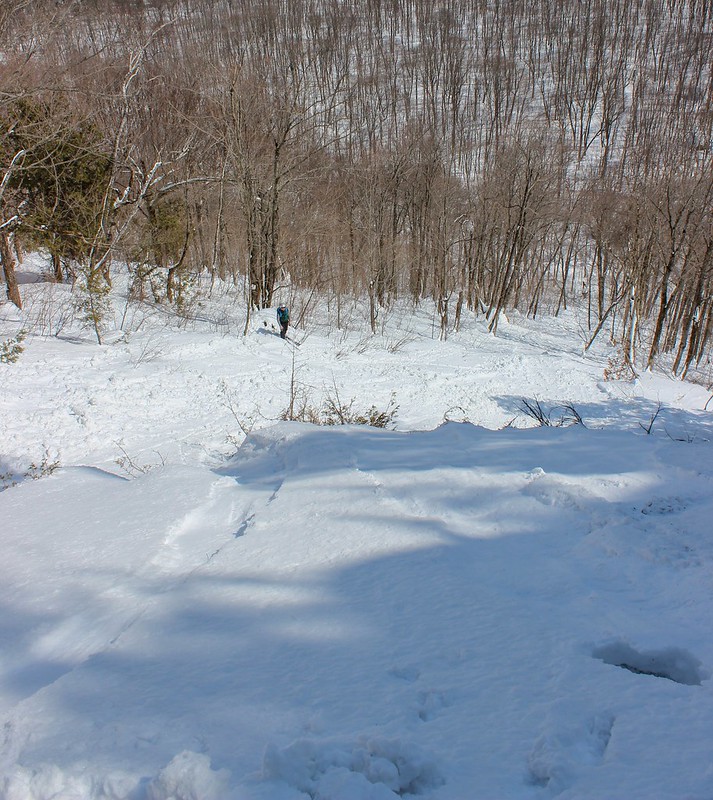 To avoid the manky piles of potatoes that had built up below us, we jumped into the adjacent trees and found the best turns of the day. 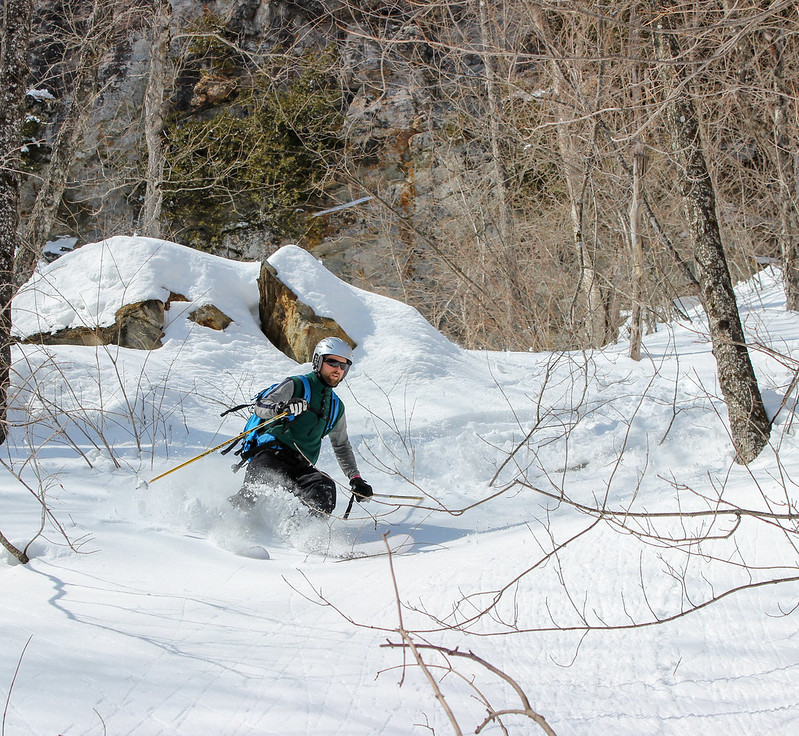 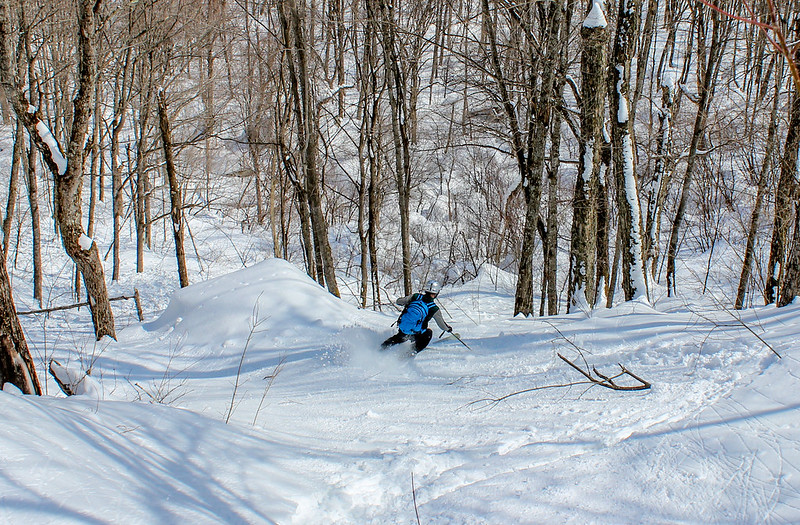 I'm good and sore this morning. I forget how much of a PITA the climb to the top of that gully is.