Arrived around 9:30 to moderate snowfall. On and off snow overnight and through the day put down about an inch or two of fresh snow on the mountain. It wasn't snowing to the east, but local conditions like this are expected given Plattekill's location and topopgraphy. It was really cool to watch clouds build up over the ridge and then open up with a heavy snow squall, then clear out to become bluebird a half hour later. I had practically no lines to contend with. First run was down Plunge, which was steep and had nice conditions. Very few bumps, except on skiers left. Snow was a mix of packed powder and powder from the day's snow. Tried Freefall and Blockbuster as well and was really happy with the conditions. Snow was fluffy and carvable despite the ice and refreeze last week. Most trails also had nice patches of thin powder over the groomed packed stuff as well. All things considered it was quite nice.

Plattekill seems like it'd be a great place to ride after a lot of fresh snow. The gladed terrain looks really awesome, but I didn't have time, and the conditions didn't really permit a full exploration. First tracks in the woods was generally a bad idea due to the ice crust layer under a couple inches of powder. The woods looked filled in, but getting an edge under that crust was a bad idea. I tried one untouched run in the woods, and it was very difficult to keep control in tight trees when dealing with the crust. The glades which had been ridden, however, were a lot of fun. Where the crust was broken up you could make some things happen, and I had a blast dropping into some of the glades off Overlook and another of the wide trails off the triple. I think it was called Mozzarella? The mountain bike trails make for some really interesting gladed terrain. And there's a ton to explore. I'd really love to get back here when the conditions are on. Even with the conditions, I still had an awesome day. Came down around 1:00 for some goulash before heading home. I will definitely be back.

Arriving to a surprise snowstorm 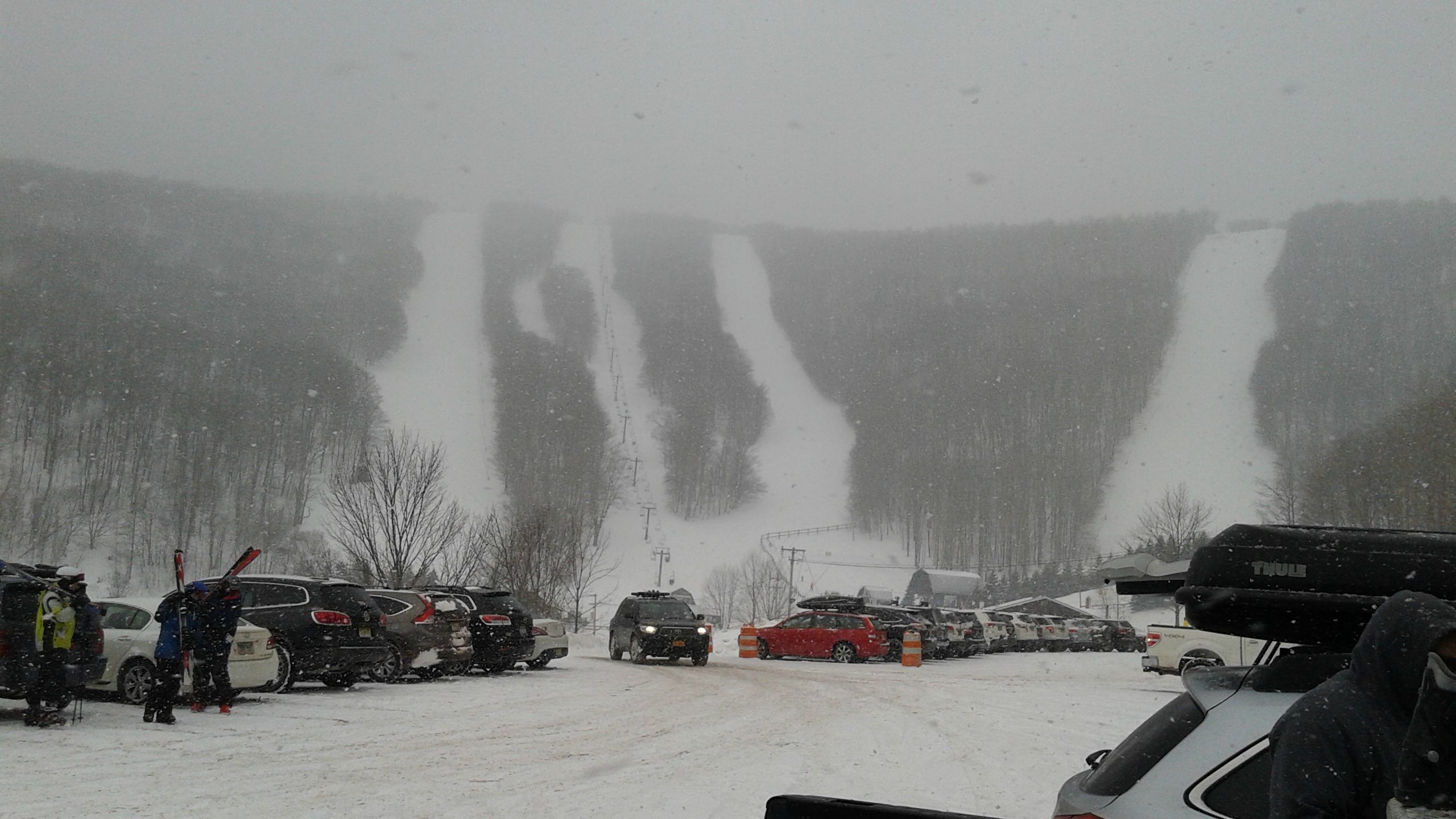 Snowing pretty good on the way up the double 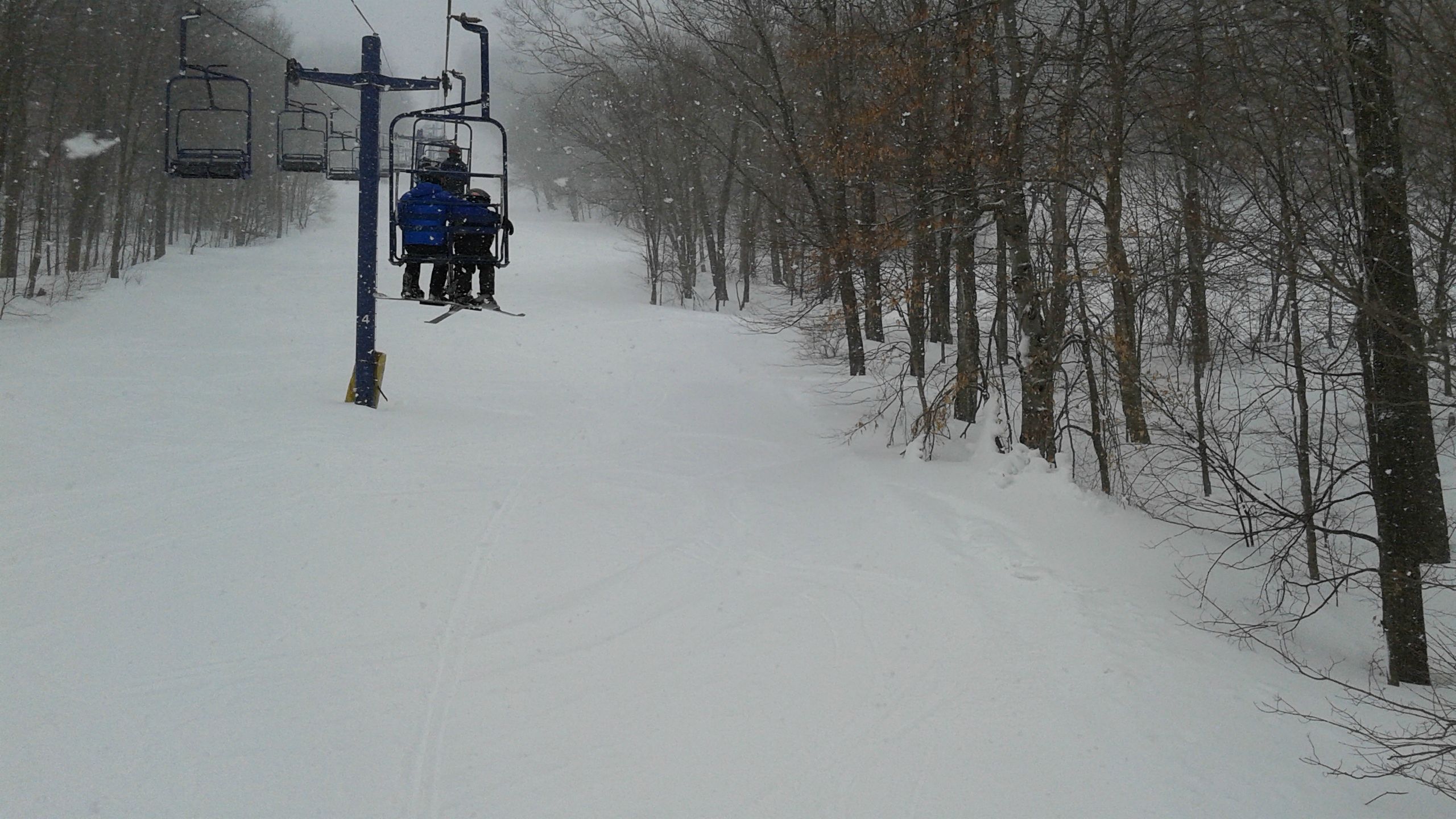 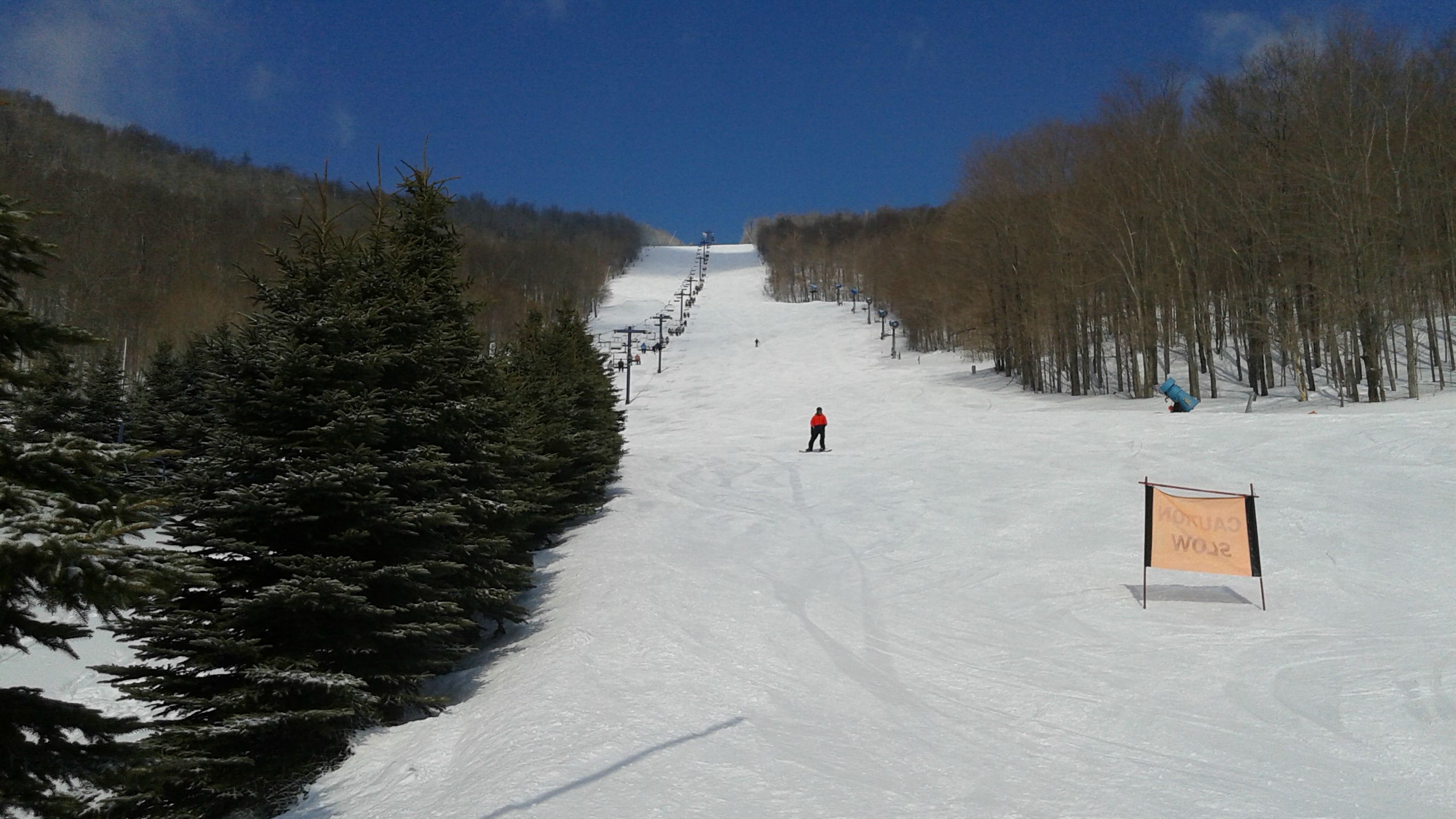 It was deep in the woods, if you could find tracks to follow... 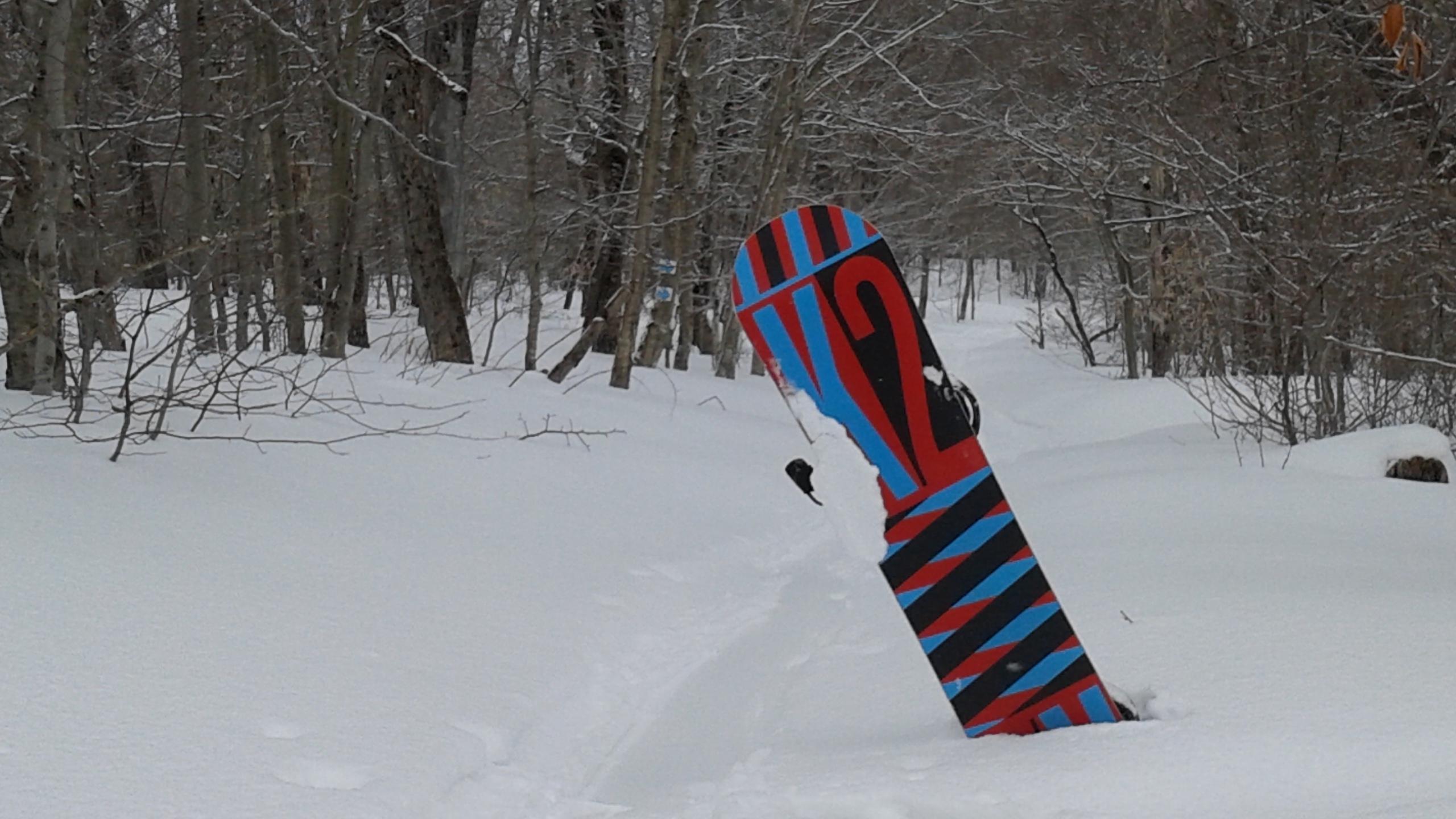 The glades that were broken in were riding well 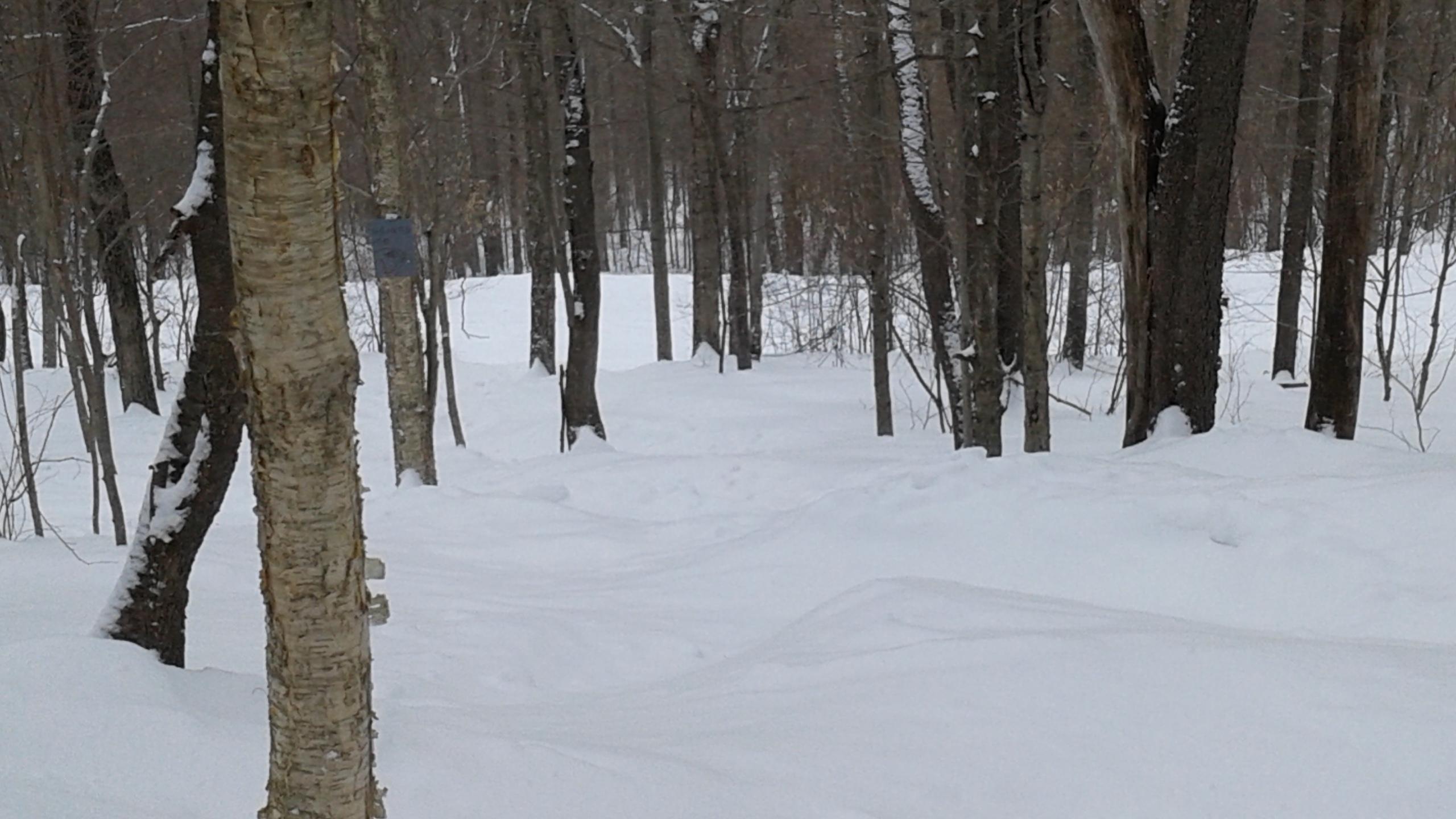 Sunny snow squall on the ride up. Crazy weather on an awesome day 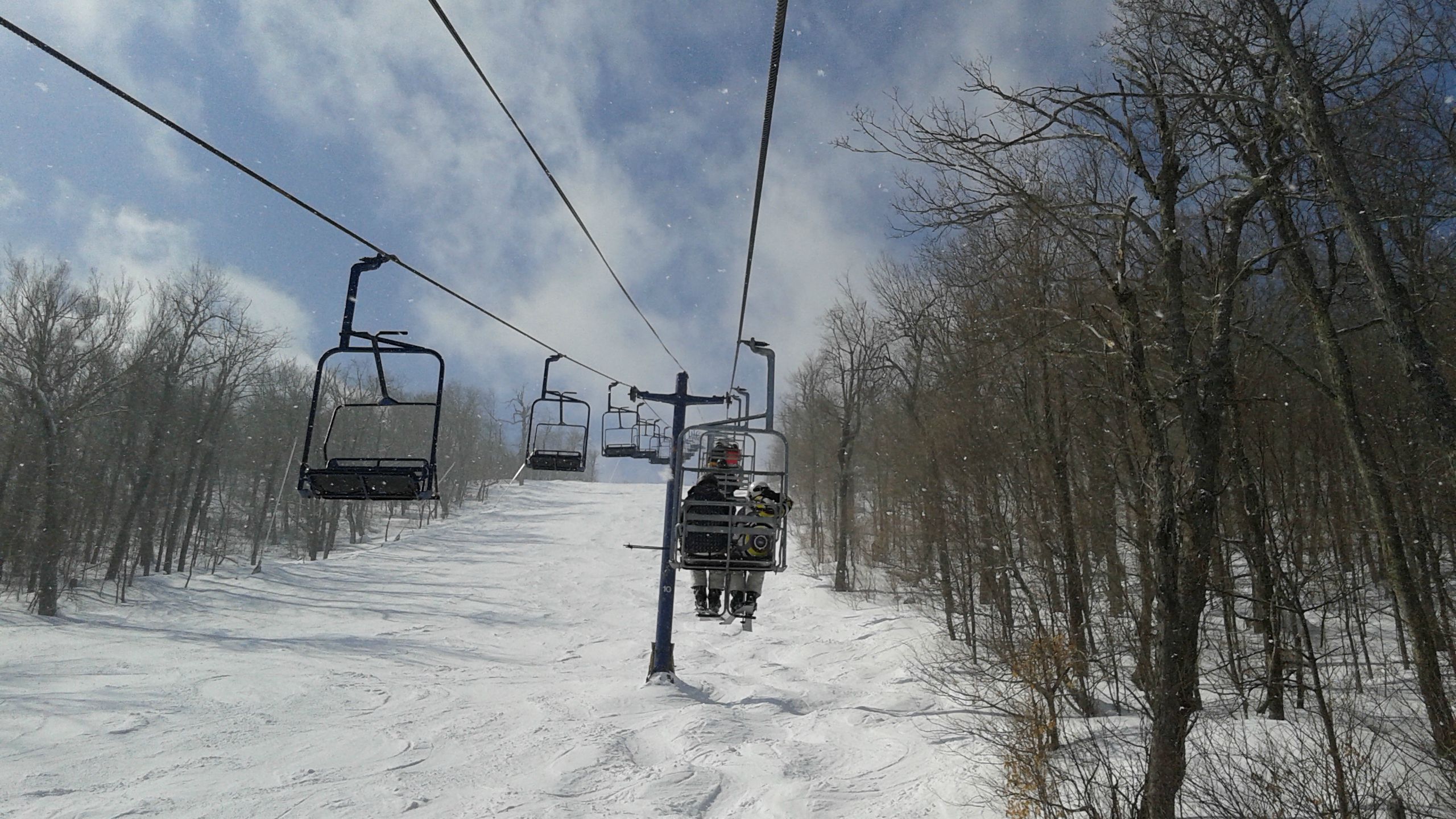 Edit: I didn't time travel, I just forgot what day today was.