Okay, I finally got around to finishing it. Just before the last Stowe (and Vermont) patch melts. Yes, there is still one patch left. Now I can focus on my next day.

It’s not only about the skiing, it’s about the adventure and the variety of the experiences.

June turns : I’ve ridden the lift and ski numerous days at Killington in 1990s. I’ve also ridden lifts in British Columbia in 1988 and most recently in California and Oregon. I’ve even driven up Mount Washington on a couple of occasions or hiked to the Tuckerman Ravine. Heck last year, I’ve even skied a huge patch of snow in the Laurentians at Mont Avila.

How about car-assisted June patch skiing? Okay this isn’t as hardcore as some maggots chasing California patches, but it all belongs to the same passion and madness.

Toll Roads and Autoroad in the North East: Whiteface, Washington and Stowe. Today marked the first time I made the drive up Mt. Mansfield. Toll Road accessed skiing in Vermont? Is there such a thing? VT_Ski invited me to come see and ski. 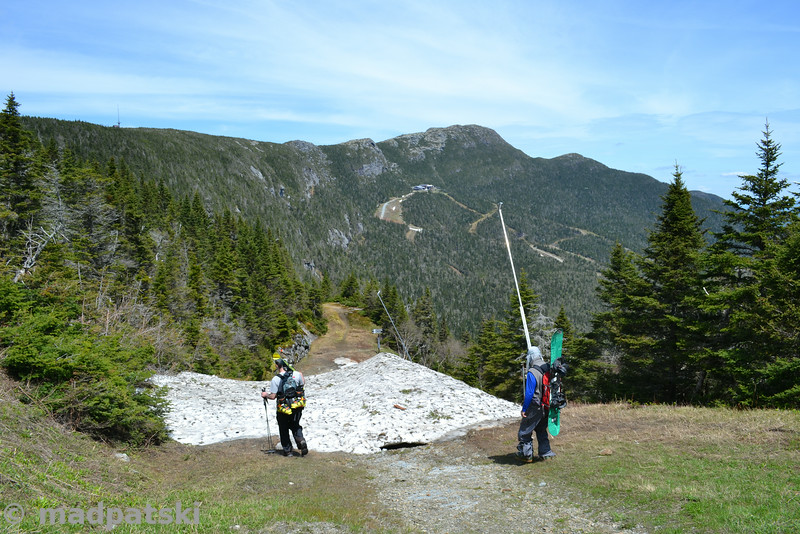