LUDLOW, Vermont ??вЂќ Employees at Okemo Mountain participated in an annual fundraiser during the month of February to raise funds for the United Way of Southern Windsor County.

Their goal was to achieve a 100% contribution from each staff member. Thirty-nine departments participated in Okemo’s “Have a Heart” campaign, raising over $2,200 and beat last year’s record total by $500. Okemo owners, Tim and Diane Mueller matched the employee donations. 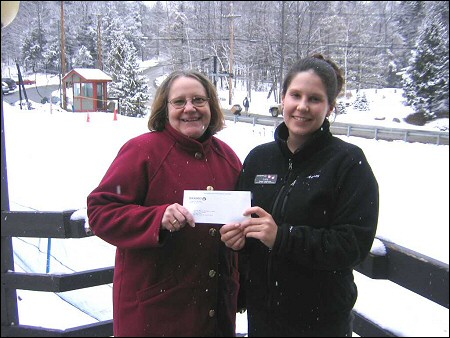